This project writeup was originally posted on Medium in 2018. The state of GPGPU-Sim has changed significantly since then. To reflect this, the writeup below has been modified from the original one on Medium.

You can find the Dockerfiles on GitHub at jlperona/gpgpu-sim-dockerfiles. You can also find the containers that they build on Docker Hub. 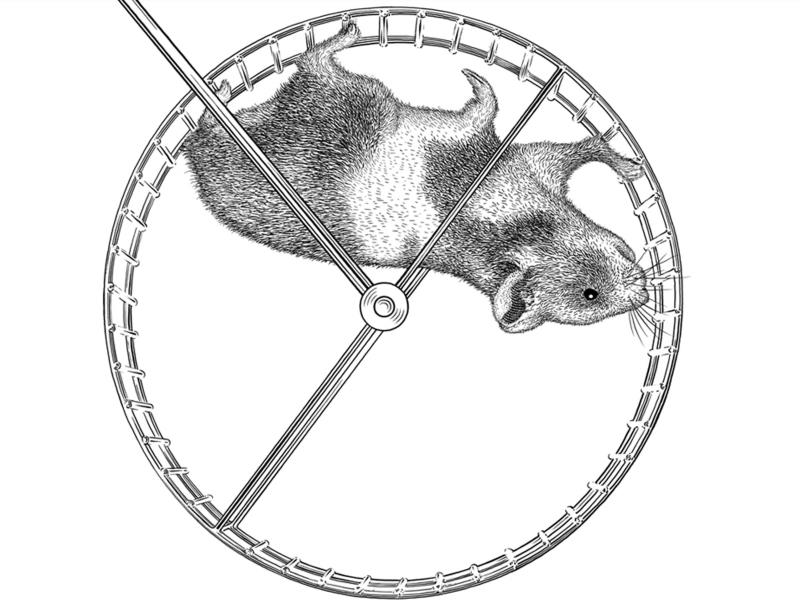 During the course of my Master’s degree, I took EEC 289Q (Modern Parallel Computing) with Professor John Owens. My choice for the final project for that class was to try to get a machine learning workload running on GPGPU-Sim, a cycle-level GPU simulator that can run CUDA and OpenCL workloads. Little did I know that I would be subjecting myself to one of the worst hells imaginable—dependency hell.

Praise to be Docker

GPGPU-Sim (in early 2018) built with a maximum of GCC 4.6. I tried to build with later versions of GCC, and it unfortunately wouldn’t compile. Nor did I have GCC 4.6 in my installation of Ubuntu 17.10. Building older versions of GCC from source is a huge pain, and I wanted to avoid that if possible.

This is where Docker comes in and saves the day. Thanks to a Docker container provided by the professor that I was working with, I was able to build GPGPU-Sim’s dev branch. I wouldn’t have been able to get as far as I did if it weren’t for Docker.

That Docker container contains all the dependencies needed to build the dev branch of GPGPU-Sim, with one exception: you need to delete lines 552–577 of libcuda/cuda_runtime_api.cc. This deletes any reference to cudaMemcpyDefault(), which isn’t in the version of CUDA installed in the container.

Spurious hack aside, if you wanted to start working with GPGPU-Sim in 2018, that would have been a good place to do so. However, it uses CUDA 3.2.16 and Ubuntu 12.04, which are both very outdated. This issue will come up again later.

Running ML workloads on GPGPU-Sim is desirable, if the activity on this issue in GPGPU-Sim’s GitHub repository is to be believed. The professor I was working with wanted some topical workloads to run for an upcoming paper submission. The explosion in popularity of ML in recent years meant that having data from an ML workload would be great for the paper.

One unfortunate requirement for GPGPU-Sim (back in 2018) is that the workloads that you try to run on it cannot provide binaries with GPU machine code. This is because GPGPU-Sim runs off of the program’s PTX. This becomes a huge problem when trying to run ML workloads. Most ML frameworks (including the biggest ones at the time, Caffe and TensorFlow) use cuDNN. According to one of the developers of GPGPU-Sim, this means that they won’t work with GPGPU-Sim, since cuDNN provides binaries. (Note that this is no longer the case as of 2019.)

At the time, if I wanted to get a ML framework to run, I would need to find one that didn’t use cuDNN or cuBLAS. That was surprisingly difficult. When I looked at NVIDIA’s Deep Learning Frameworks page in 2018, nearly every single one used cuDNN. I did end up finding two that met my needs, though. I’m sure there were others, but these are the ones I tried to work with.

Kaldi is a C++ speech recognition toolkit. However, it also has a couple implementations of deep neural networks. Kaldi doesn’t use cuDNN, so it meets my needs.

I tried to get their example using CIFAR working. This is a good place to start. The documentation for Kaldi’s neural networks suggests using wsj as a starting point, but I had problems building that one.

neon is a deep learning framework. Originally developed by Nervana Systems, they were bought out by Intel, and Intel supported neon until 2019. neon also doesn’t use cuDNN, so it met my needs there. However, it uses Python, and at the time I was unsure if GPGPU-Sim would play nice with Python workloads. (Note that this is no longer the case as of 2019.)

neon has a bunch of examples included in their repository. I tried the one listed on their installation documentation, which no longer exists.

I found a couple ML workloads that seemed promising, now I needed to get them to work. Easier said than done. I mentioned dependency hell before—this is that hell.

My benchmark to see if I was getting GPGPU-Sim to run at all was Pannotia. The professor I was working with was using Pannotia for the paper, so I knew that this worked. I provide instructions on how test and make sure that the Pagerank benchmark in Pannotia is working in the README of my GitHub repository.

The Docker container I was provided uses Ubuntu 12.04. One of neon’s dependencies is pip, so I tried to install it. No go, either from apt or from source. The versions of Python you can get with Ubuntu 12.04 were too old.

I decided to update the Ubuntu version to 14.04. You can find that Dockerfile on GitHub, and its corresponding container on Docker Hub. This allowed me to get a later version of Python, and I was able to successfully install pip.

After installing all of neon’s dependencies, and the dependencies for aeon, its data loader, I managed to successfully build neon. Unfortunately, whenever I tried to run its examples using the CPU backends, aeon would refuse to load any of the data sets. It turns out I would keep encountering errors building wheels for a couple of aeon’s dependencies. I couldn’t figure out why this was a problem, but my guess is that it was because I was using an older version of Python on Ubuntu 14.04.

After encountering that problem with neon, I decided to try Kaldi. It was a good thing I updated to Ubuntu 14.04, as Kaldi supports a minimum GCC version of 4.7, which isn’t available in apt on 12.04. 14.04 has both 4.6 and a later version available in apt, so I installed both.

In any case, I tried to install a later version of CUDA, but that failed. While it installed, I couldn’t redirect the CUDA library calls to GPGPU-Sim when testing Pannotia. I couldn’t figure out why this was the case, and that is where I stopped.

Instead of deleting everything, I decided to make my Dockerfiles and containers available so that somebody else has a starting point if they want to make this work.

ubuntu1404.dockerfile and jlperona/gpgpu-sim-build works. You can build the dev branch of GPGPU-Sim and have workloads run correctly.

cuda6514.dockerfile and jlperona/gpgpu-sim-build-update don’t work as is. You can build the dev branch of GPGPU-Sim, but CUDA calls will go to the system installation of CUDA. Work needs to be done so that GPGPU-Sim actually runs when you run a CUDA workload.

Note that as of 2021, there are Dockerfiles and Docker containers that claim to support GPGPU-Sim out of the box now. I haven’t tested these, but I would start with those rather than these ones.

Trying to get this to work was a frustrating experience. I didn’t end up getting anything working in the end. However, two good things came out of this experience:

My hope is that somebody who’s searching for this exact issue in the future finds this post and can use my past experiences to save them some time and frustration. Let’s make this the opposite of Wisdom of the Ancients.

I have a feeling it’s still going to be this, though: 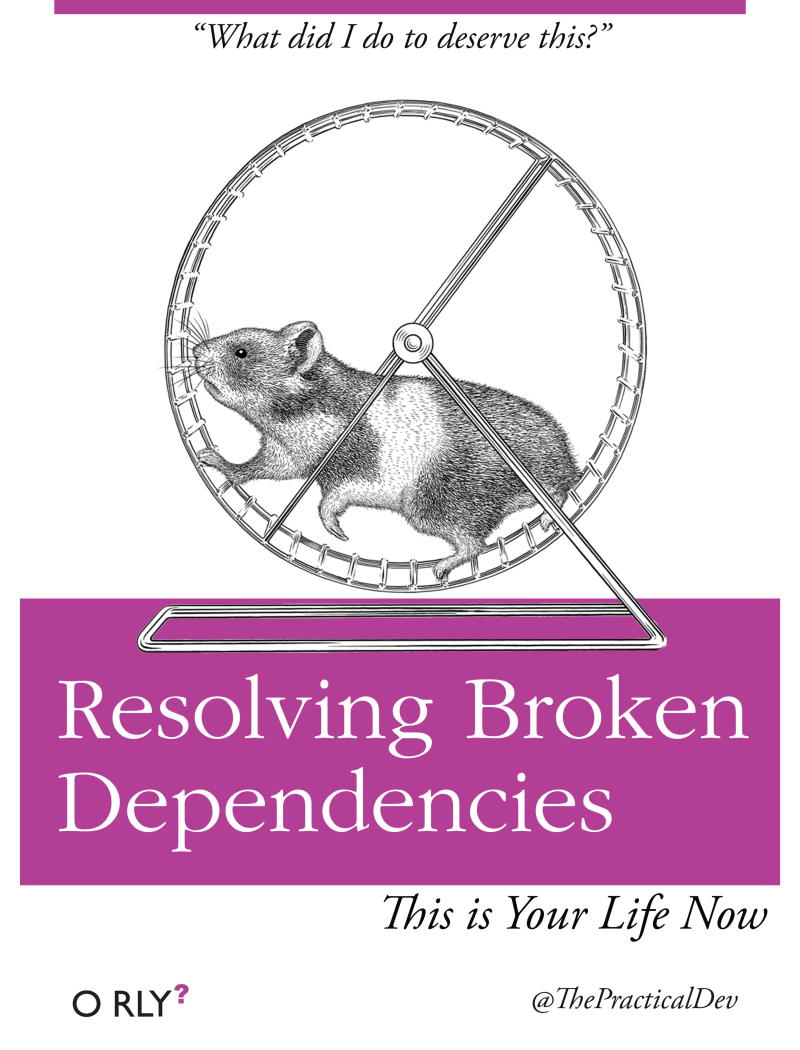